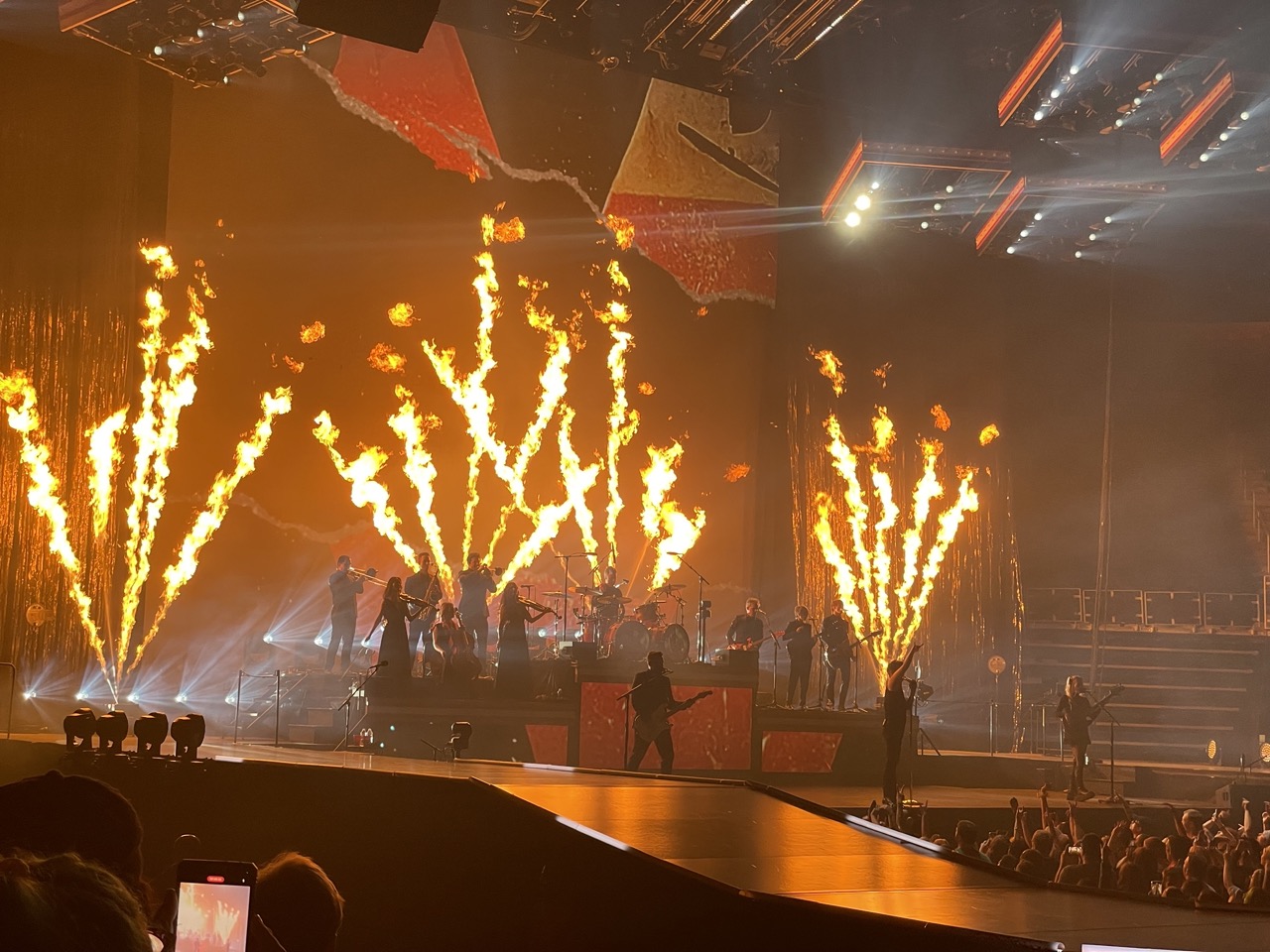 Oh, the freaking singing last night. Both of these acts feature power house singers. Thank you to my music students for picking such great acts to emulate. Over the last few years, several of my voice/music students have brought a variety of songs by both Panic at the Disco and Marina and the Diamonds to my studio. It’s been an enlightening experience helping them navigate through these interesting lyrics and soaring melodies. A friend who joined us at the show last night mentioned that both artists really seemed to be more operatic in their approach to singing versus a typical pop rock band. I completely agree.

Marina’s most popular song, “How to Be a Heartbreaker“, was covered by a student during my second year of mentoring at the Detroit School of Rock and Pop Music in Royal Oak. It has a catchy toe-tapping beat and some lyrics that provide the “rules” for dating. She paraded around the stage in some ridiculous silver platform shoes and a hot pink feathery dress. Cute to look at but always makes me wonder who encourages that style and did she pick those shoes herself. I’ve seen so many young singers on the highest of heels that makes me wonder if ladies have any clue what really happens. I wore 4 inch platforms and heals for years and years and even out at sea, but now, I’m over that. Give me a pair of tennis shoes or ballerina flats any day.

After Marina, the man, Brandon Urie and the current line up backing him as the band for Panic at the Disco took the stage. Super great round runway creating a central bowl experience that reminded me of the U2 How to dismantle and atomic bomb tour. The band made full use of the runways and Brandon came out at the very beginning from under the stage singing on the big screens and popped up in the middle of that runway. (Great use of a timeless surprise stage tactic.) His voice, man, off the charts. He can sing so freaking high… and the notes are powerful and strong there’s little way to tell the difference between his falsetto, middle voice, other than the higher note’s frequencies. Tons of great songs in his catalogue. You can start at the beginning and find a song called “Death of a Bachelor“, or skip ahead to his latest hit “Viva Los Vengeance“. Most of my students were covering the middle record material and I really can’t find a tune I don’t like by the guy. It’s like he sat down and went, musical theater, let’s hang out with some rock and roll… and write better songs than the Who did in Tommy. And every song from him has an underlying storyline worth paying attention to.

If you want more details about the set list, please go to setlist.fm.

Full disclosure, I am a philanthropist of the arts, music and culture and am self funding the concerts and trips we attend. If you would like to donate to my cause, please venmo me @melissabehring