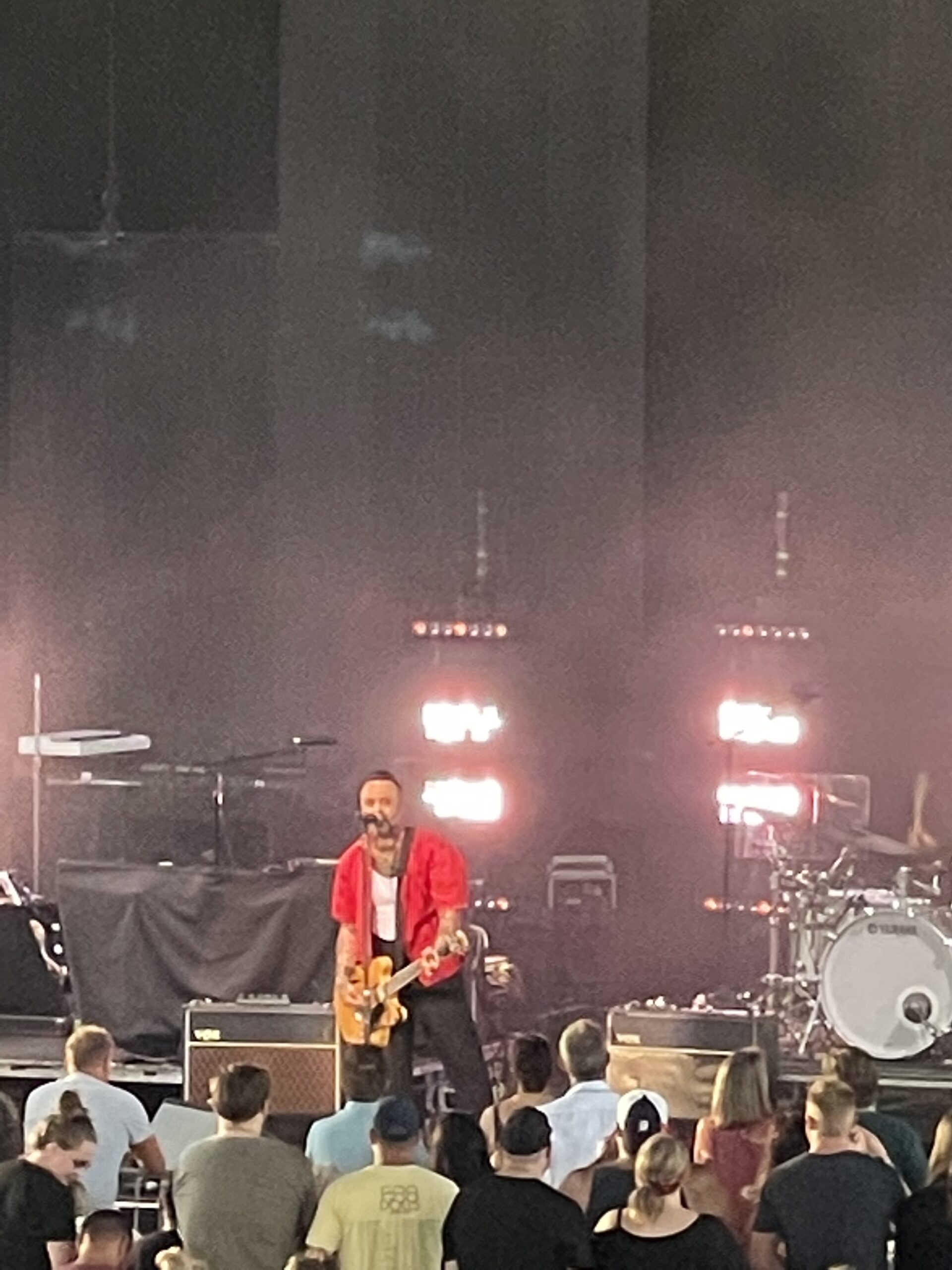 Last night, after a whirl wind drive home to Royal Oak from “Up North”, we attended the Blue October and Goo Goo Dolls concert at Freedom Hill Amphitheater. It’s a bit smaller than Pine Knob where we se most shows. This time, our seats were H 512 and 513. Back and up from the stage, but with a nice full view. The sound in there was great for both bands.

Selfishly, I think the mix for Blue October was a bit better. It’d been several years since I last saw Justin & the guys from BO. In fact, many, last time was in Stubb’s Austin backyard in Texas and Jake’s Mom was alive. When Jake and I were first friends, he called me from Austin and said what do you know about South by Southwest. So I sent him a few bands to listen to… and he returned the favor by finding Blue October. I really think they are spectacular. Very emotional music, strong messaging and a clearly troubled leader. Justin Furstenfeld represtents strength and passion for the lead singing loving crowd with great melodies that are reachable for any vocal experience. He also clearly has mental health issues with some pretty intense emotional baggage that he’s publicly dealt with. I’m grateful to him for sharing his experience so that others can learn from him. Favorite songs, “Hate Me” and “Into the Ocean” from Foiled, “I Hope You’re Happy” from the same titled album had the crowd going and got me excited. Their songs are worth checking out… but my favorite is Inner Glow, they didn’t play that.

The headlining act, the Goo Goo Dolls, features John Reznik on lead vocals and most songs are also written by him. They were talking about playing Detroit in 1987, I think I started to get into those guys in 1988. The record store in the Alpena Mall was called Camelot Music. They sold tapes, cd’s, albums and some videos too. I remember hanging out there for hours looking at every album cover trying to figure out what to spend my limited budget on and also what they actually sounded like behind that picture on the cover. I’m not sure when, but there he was in my ears his sort of scratchy long way down vocal that permeates every song by the Goo. Since then, I’ve been hooked. When Reznick had writers block, my heart bleed for him. Then we got Iris and Name because of that… and everyone in the crowd new the words and sang along. I really like the song that starts out “Broadway is Dark Tonight”, it reminds me of staying up too late. It also doesn’t sound quite so typically Reznik so that’s also kinda cool. They played that.

It was super hot, all night long I thought we would melt. The night before we played for 2 hours and 15 minutes straight at the Atlanta Arts & Crafts fair. One would have thought we were in Georgia and not Michigan. Two nights in a row in that kind of weather and I really could barely make it to the end of either concert. We walked to the parking lot while the Goo wrapped up…

Lastly, thank you to our friend Craig L. Smith for supporting and encouraging arts and music with the 2nd Annual Arts and Crafts Fair in Atlanta. It was wonderful to play in the Bob Ross painting known as Briley Park again this year. Happy summer indeed.